Your preference has been updated for this session. To permanently change your account setting, go to My Account
As a reminder, you can update you preferred country or language anytime in My Account

Are Pre-Workout Supplements as Good Without the Caffeine?

Typically, pre-workout supplements include some or a combination of caffeine, creatine, amino acids, beta-alanine and nitric oxide agents that together claim to do more than each individual ingredient on their own. While many supplement shakes, gels and capsules also include other individual ingredients, weighing the benefits and risks of pre-workout supplements with caffeine has some questioning its effectiveness.

Since being removed from the World Anti-Doping Agency (WADA) Prohibited List, caffeine has become one of the most commonly used ergogenic ingredients in workout supplementation. Ergogenic means enhancing physical activity, stamina or recovery. Between 1984-2004, WADA originally prohibited the use of caffeine in sports because of its enhancement-like effects but later removed it to eliminate those who had consumed coffee or other caffeinated beverages from testing positive.

The Benefits of Caffeine

Caffeine is mostly a natural substance derived from over 60 types of plants but there are also other forms of synthetic caffeine. Pre-workout supplements use the stimulant-effect of caffeine to improve strength, endurance, power output, recovery efforts and overall results—especially when it comes to athletic performance. By increasing circulation as well as stimulating the central nervous system, caffeine triggers the synapses in the brain to increase alertness and energy. According to one study, ingesting caffeinated gelatin capsules was shown to improve fatigue resistance during various forms of exercise such as time trial cycling, sprinting and repeated sprinting. This would support the idea that caffeine also contributes to longer workouts and improved endurance without the potential risk of burning out.

How Much Caffeine Is Too Much?

The Food and Drug Administration (FDA) recommends not exceeding 400mg of caffeine a day. This is equivalent to ingesting 4-5 cups of caffeinated coffee. Most pre-workout supplements contain anywhere from 60mg to 419mg per serving and many do not list their caffeine content on the label. The effects of caffeine can begin within an hour of consumption and last six or more hours. But because everyone’s metabolism, overall health and caffeine sensitivity are not the same, it’s hard to determine how well or whether caffeine is tolerated at all. It’s suggested to avoid going over FDA's maximum recommended daily allowance because doing so has potentially dangerous consequences. Also, there is limited research on the effects of taking caffeine-stimulating supplements daily or on a long-term basis.

Side Effects of Caffeine

Such potential side effects of using caffeine as an ergogenic aid before workouts may include the following:

When to Avoid Caffeine

Consult a physician before using workout supplements with caffeine or using supplements altogether. If any of the below conditions exist, avoid caffeine unless a physician has approved its use.

Are Stimulant-free Supplements as Effective as Ones with Caffeine?

While using pre-workout supplements with caffeine can be done safely and effectively, for those who seek to achieve the same workout results there’s another option. Stimulant-free pre-workout shakes, capsules and energy gels continue to have a majority of the same ingredients as those with caffeine, minus the stimulants. They also often include different amino acids and other natural ingredients to mimic the same intense focus, energy and pumps that caffeine supports. Going stimulant-free can also decrease the jitters and help with sounder sleep for improved muscle recovery. Along with a healthy diet, stimulant-free pre-workout supplements continue to support improving workout output, recovery and results with long-lasting energy and efficiency.

This article was written by Lisa Payne, a nationally recognized fitness expert, celebrity trainer and health and fitness writer from Chicago, Illinois. She received her Bachelors’ degrees in Broadcast Journalism and Mass Communications, and her MFA in Writing from The School of the Art Institute of Chicago. She has been seen on the CW show Reluctantly Healthy with actress Judy Greer as well as Yahoo! Screen, ABC 7 Chicago, NBC 5 Chicago and WGN 9 Chicago. Learn more about Lisa’s personal training background at lisapaynefitness.com. And for more on Lisa’s extensive writing and social media background, visit her at writerlisapayne.com!

Previous Article
Spirulina and Chlorella: Algae with Healthy Benefits
Next Article
How to Make Natural Toothpaste 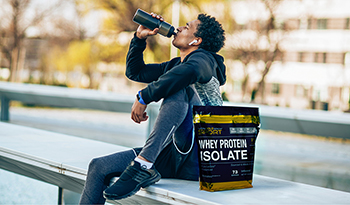 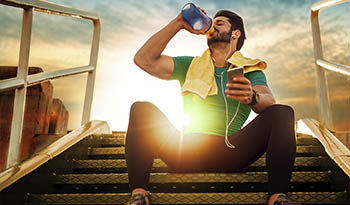 18,359 Views
Those who hit the gym regularly know how important it is to fuel the body with protein before or after a workout session. A healthy amount of protein helps to heal the micro-tears created when exercising, helping individuals to more efficiently build those muscles. A whey protein shake is one of the quickest and easiest ways to get the protein needed, especially for those who are also busy with a job and other obligations. 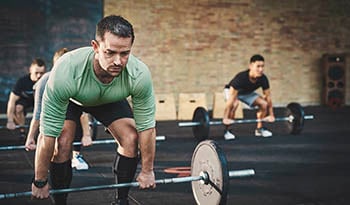 This blog is not intended to provide diagnosis, treatment or medical advice. Content provided on this blog is for informational purposes only. Please consult with a physician or other healthcare professional regarding any medical or health related diagnosis or treatment options. Information on this blog should not be considered as a substitute for advice from a healthcare professional. The claims made about specific products throughout this blog are not approved to diagnose, treat, cure or prevent disease.